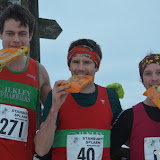 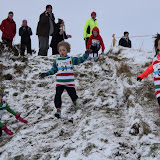 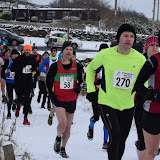 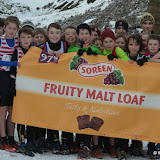 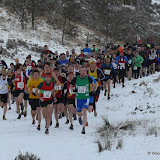 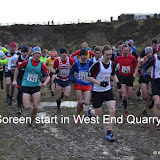 The Soreen Stanbury Splash race is celebrating its 33rd birthday on 17th January 2016 and it prides itself on with being associated with Soreen. The 7 mile race is affectionately known as the Soreen Malt Loaf Run to runners young and old who just love the fruity taste of a Malt Loaf. Over the years the junior and senior races have introduced thousands of runners to the joys of fell running and seen superstars like Triathlon Olympians Alistair and Jonathan Brownlee; National and GB Internationals Ian Holmes, Robert Jebb, Tom Adams, Colin Donnelly, Jack Maitland, Mary Wilkinson, and Jo Buckley; and former World Champions Victoria Wilkinson and Carol Greenwood, make their mark in sport.

"This week's lunch boxes have been great as l have had so much Malf Loaf, I love it. My mum feeds us on it anyway, as apparently her mum used to feed her on it. She approves of the Malt Loaf more than the sweets in the goody bag, but I love the sweets too, this all makes the races really fun' said Sunnivah Waterman the current GU12 English Champion

'I love it, honest I really do. Once I start a Soreen Malt Loaf I just have to finish it and the Splash race is one of my favourites' said 29 year old Tom Adams after winning the 29th race.

'I love Soreen Malt Loaf, 2 slices in the morning is a regular part of my diet, especially when racing and training hard.' Is this the secret why Ian Holmes has dominated not only this race with an incredible 15 wins, but he is the stuff of legends having won 5 English, 4 British senior fell titles and is the holder of numerous course records.

Reminder: the Quarry Runs now incorporate a U18 race, same route as U16 race

Can any juniors follow in the footsteps of Rob Jebb, Tim & Andrew Davies, Annabel Mason, Tom & Mark Addison, Victoria Wilkinson, Jonny & Ali Brownlee who have all competed in the junior Quarry Runs?

Past results and photos